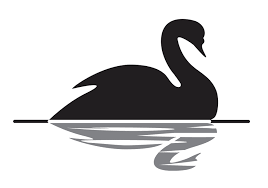 According to the dictionary definitions, Black Swan events are those which are statistically very unlikely to occur; and as a consequence of their rarity, when they do finally happen they are usually “unpredicted”, and are often then followed by an outbreak of “20-20 hindsight”.

Hence it seems somewhat contradictory to hold a seminar specifically aimed at “predicting the unpredictable”; but in October, this is precisely what the GNOSIS network is planning to do.

Arguably the “swans” we plan to address may not be entirely black; some may just be a very dark shade of grey; but is it our intention for our seminar on October 5th to invite speakers to address six scenarios that have had relatively little coverage to date, at least in terms of their long-term impact on the space domain:

The first item on the list, a major collision between two large rocket bodies, has been highlighted in the work of Darren McKnight and his collaborators, but we would like to delve deeper into this scenario to investigate the ongoing impact that it could have. Darren is on record as suggesting that this could “double the size of the catalogue of tracked objects overnight”, but in practice the SDA network is unlikely to be able to respond that quickly.   There are likely to be many thousands of UCTs awaiting entry to the catalogue for many years, as a consequence of a lack of SDA capacity to track and catalogue in a timely fashion. Importantly, inaccuracies in the catalogue introduce greater “strategic risk” (as a result of the inability to detect ICBMs reliably amongst all the other UCTs that are whizzing about). And then of course there is the increased risk to existing on orbit assets, which may lead to higher insurance premiums, the failure of various business cases to close. And if the event initiates or accelerates the “Kessler syndrome”, subsequent collisions become more likely too.

Another issue that we plan to address is a really major space weather event – not just the Carrington level coronal mass ejections that have been discussed in the literature previously. 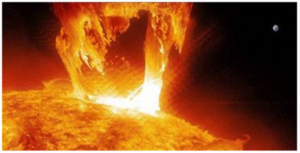 There is evidence from ice core data and tree-ring measurements of enormous solar coronal mass ejections, (in 774 AD and 660 BC),  with energies up to 10 times as great as the Carrington event. An event of this magnitude would significantly disrupt satellites, the Earth’s atmosphere, and the terrestrial infrastructure. Many satellites would probably be lost, with others forced into “safe mode”. It is likely that there would be a lack of effective communications through the atmosphere for extended period due to scintillation effects, and radar, optical, and RF tracking of satellites would be compromised. Terrestrial infrastructure, including satellite command and control networks, would suffer power and communications outages, and the likely loss of some of the Earth’s upper atmosphere would make orbit prediction difficult, leading to an increased risk of collision.

The third area of investigation will be extreme terrestrial weather. A major ice storm, a super volcano eruption, or a huge inter-crustal earthquake could cripple regional infrastructure. 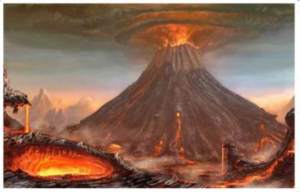 Likely consequences are major regional disruption to power and communications and transport networks, leading to difficulties for operators trying to control satellites. Damage to satellite control infrastructure on the ground is likely, and shortages of fuel, water, food would exacerbate the problems. Interdependencies mean that knock-on impacts on other critical national infrastructure, (e.g. gas supplies), would be likely if satellite V-sat networks lost. 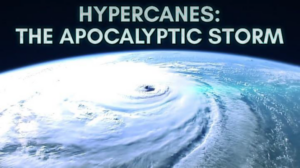 Despite our improving ability to monitor the heavens, a large, untracked meteorite could still strike the Earth, generating tsunami waves and causing major disruption to the Earth’s atmosphere including the ability to generate “hypercanes”. Major damage to coastal infrastructure would be likely, leading to food and water shortages, disease, etc. and these problems could affect satellite control facilities. But the most significant problems for the satellite industry would arise from massive disruption to the atmosphere, leading to RF scintillation and the potential loss of satellite services. A lack of sunlight would result in reduced agricultural output in subsequent years. Most importantly, the energy released in such an event would trigger hypercanes – massive storms which would damage huge terrestrial regions and also the ozone layer. 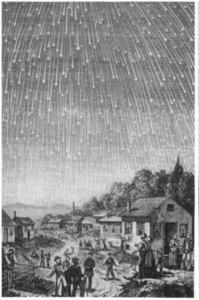 We know that massive meteor showers have occurred in the past, resulting from clouds of cometary debris, or a major meteorite impact on the Moon, but what if such an event were to happen in the space era?

Many satellites would be likely to suffer degradation and damage. Operators would be overloaded by large proportions of mega-constellations entering safe mode simultaneously. Satellites could easily die through lack of timely responses from the ground during these periods of autonomous operation.

They are not frequent, but if one of the periodic reversals in the Earth’s magnetic field were to occur, the planet’s magnetosphere could be disrupted for several decades. 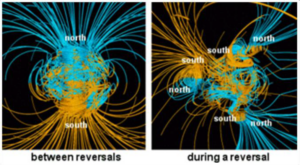 This would lead to significantly less magnetospheric protection for LEO satellites from the radiation environment. Frequent “single event upsets” would occur, as effects comparable to the South Atlantic Anomaly would be possible all over the globe. Magnetorquers used to desaturate momentum wheels could become unusable due to the unpredictability of the Earth’s magnetic field, and frequent auroral events would occur at unexpected latitudes. Poor communications with, and tracking of, satellites would be expected due to massive ionospheric disturbances.

If this range of doom-laden scenarios doesn’t strike you as sufficient, and you’ve identified further Black Swan Scenarios, do please let us know. And if you know of suitable speakers for any of the above topics, nominations to stuart@sjespace.com would be extremely welcome.

Stuart Eves / About Author
Stuart Eves is a satellite-system engineer. He has recently formed his own consultancy company after spending 14 years with Surrey Satellite Technology Limited (SSTL) and 16 years with the UK Ministry Of Defence.
More posts by Stuart Eves

This site uses Akismet to reduce spam. Learn how your comment data is processed.