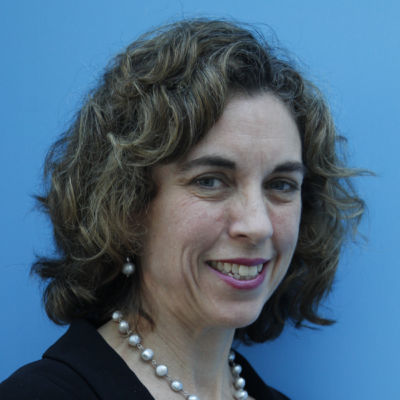 Katherine Courtney (chair)
Katherine is a NED, strategic advisor, and former CEO of the UK Space Agency with over 30 years’ experience of business start-up and expansion in the UK, Europe and other geographies. In her executive career she developed new ventures for Cable & Wireless plc, British Telecom and a series of international tech start-ups. As a senior Civil Servant she led several landmark tech-enabled transformation programmes for the UK Government. She’s also the founder of SpaceSouth – an initiative to grow the South Coast space economy - and PrimarySpace – building STEM engagement for primary school teachers and students. 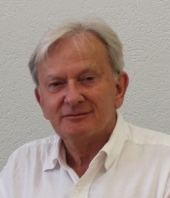 John Zarnecki
John’s experience of space includes sounding rockets, Earth-orbiting and interplanetary missions at British Aerospace, University of Kent and Open University, including HST, Giotto to Halley’s comet and Cassini/Huygens to Saturn & Titan. He was President of the Royal Astronomical Society and member of national and international bodies, including Chair of the UKSA Science Programme Advisory Committee.  He holds awards from NASA and ESA and was an inaugural winner of the Arthur Clarke Award in 2005. After retirement from the Open University, he chaired ESA’s Space Science Advisory Committee and was a Director at the International Space Science Institute in Switzerland. 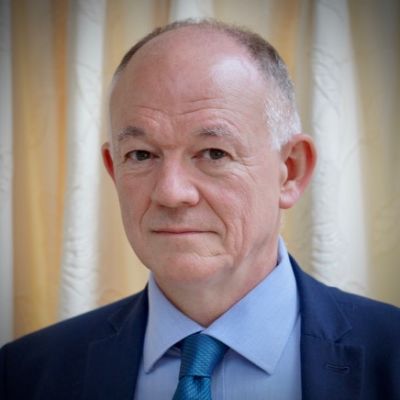 Matthew Stuttard
Matthew Stuttard is currently head of space systems engineering Technical Strategy and R&D for Airbus in the UK. Previously for Airbus he was the Advanced Space Concepts Architect and head of Future Programmes in Science and Planetary Exploration. Before Airbus he worked for several companies including CGI on satellite imaging applications and geospatial information systems. 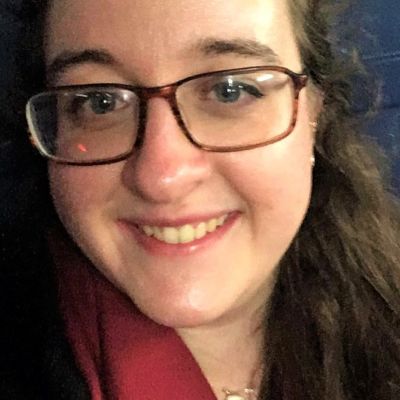 Isabella Panovic is the Senior Programme Manager at STFC responsible for managing the relationship with the STFC Networks. Her role also involves strategy development and delivery of the STFC Horizons Programme portfolio. Prior to working at STFC, she completed a PhD at the University of St Andrews on the catalytic modification of biorenewable polymers. 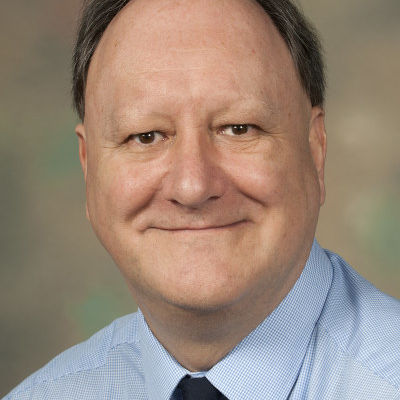 Peter Allan
Peter Allan’s research background is in quasars, active galaxies and cosmology. He gained a PhD in astrophysics from the University of Manchester in 1980, following which he worked abroad at the University of Leiden in the Netherlands, and at Kitt Peak National Observatory in Arizona. He has worked on software systems for astronomy and Earth observation for 35 years, contributing to space missions such as GERB (with EUMETSAT) and Gaia (with ESA). He led the Space Data division at the Rutherford Appleton Laboratory from 1999 to 2015, before becoming acting director of the Hartree Centre at the Daresbury Laboratory from July 2015 to April 2016. In 2014 and 2015, Peter was involved in the establishment of the EU SST programme, representing the UK Space Agency at meetings with the European Commission. Peter is currently an STFC Honorary Scientist. 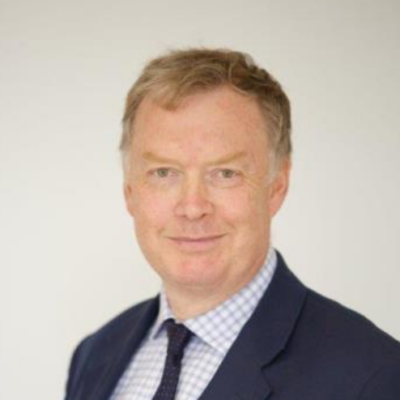 Rick joined Airbus in 2003 overseeing the Skynet 5 spacecraft and ground systems build, launch and operations phases. Rick is currently Head of CIS Milsatcom and SC Engineering, and the Programme Director for Skynet 6A responsible for the current Skynet satellite fleet and the development of the Skynet 6 future system architecture.

Rick started his career in the RAF for 6 years, with his last posting as the Skynet 4 Chief Instructor. He then held various positions with ESA as the Ulysses spacecraft operations engineer at the US Jet Propulsion Laboratory and with Eutelsat during the commissioning and operations of Eutelsat F2 satellites with new spacecraft control centre. Prior to joining Airbus, Rick was the Technical Manager with the UK MOD, on secondment from the Defence Research Agency, as the technical lead on the Skynet 5 assessment phase studies and responsible for developing the Skynet 5 system architecture within the MOD’s Global Communication Network Architecture. During his 5 years at DRA he supported the launch and operations of the small satellite system STRV satellites, and supporting the stage 2 Skynet 4 LEOP campaigns. He was senior customer (spacecraft) representative in the Jupiter Control Room for the four SKYNET 5 launches, and a Decision Authority during the LEOP campaigns. 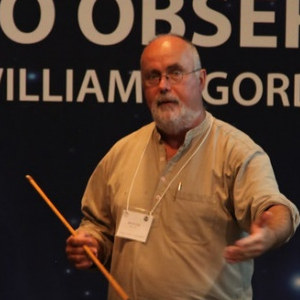 Ian McCrea
Ian McCrea’s research background is in ionospheric physics, with his PhD (University of Leicester, 1989) focusing on energy deposition and dissipation in the Earth’s upper atmosphere. He joined the Rutherford Appleton Laboratory in 1991 and became head of its UK EISCAT Support Group in 1996, establishing a long heritage as a support scientist for ground-based instruments. In 2013, he became Deputy Head of the Space Physics Division and when the division was amalgamated with the former Space Data Division in 2015, he took over as head of the resulting new Space Physics and Operations Division. He has had a long working association with the EISCAT Scientific Association and has chaired both its Council and Scientific Advisory Board. He has also been chair of MIST Council and the URSI Incoherent Scatter Working Group, as well as being a member of the NCAS Science Strategy Board and the NERC peer review college. In addition to upper atmosphere physics he has strong interests in space weather and in the radar tracking of space debris.

Paul Febvre
Paul is Chief Technology Officer at the Satellite Applications Catapult, responsible for establishing a future vision for the sector and directing the technology strategy for the Catapult. Paul leads a small team of solutions architects and technologists who work across the Catapult to provide industry support in the creation and realisation of technologically innovative solutions to real world challenges.
Prior to joining the Catapult, Paul was Design Authority for the Inmarsat BGAN system and responsible for managing Inmarsat’s activities under the ESA ARTES programme. This included the Alphasat-Extension programme to integrate advanced technologies into the Inmarsat systems, and the Iris programme under SESAR (Single European Skies Advanced Research) joint undertaking to develop the next generation of aviation safety services for air traffic management communications systems over Europe.
Paul previously worked for many years at BT Research Laboratories, developing mobile and satellite radio communications systems, advanced modulation and coding, data transmission protocols, and information security architectures.

Matthew Bold
Matthew has worked at Lockheed Martin’s Advanced Technology Center (ATC) in Palo Alto since 2006. He is the lead architect for ground based SSA/STM systems and the program manager for the Space Security Department. He leads operations at the Lockheed Martin Space Optical Test (SPOT) facility in the Santa Cruz Mountains of California, is the program manager for the FireOPAL SSA sensor program and serves on the Research Committee for the Space Environment Research Centre (SERC) in Canberra Australia. Matthew is also the chair of the Edinburgh Global Space Traffic Management Workshop. 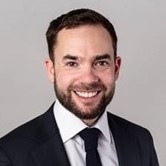 Ben Stern
Ben’s background is in mechanical engineering which he read at Hertfordshire University before starting his career at Airbus in 2001 as a stress engineer on telecommunication satellites.
He has been involved in small satellite missions at Surrey Satellite technology Ltd since 2004 in a variety of engineering roles, notably as a senior design engineer on the ESA GIOVE GNSS mission. He has since gained extensive experience in commercial export business for space missions all over the world, covering Earth Observation, Telecommunication and Navigation applications. Ben is currently the Key Account Manager responsible for SSTL’s Business Development activities under UK and ESA programmes. Ben is the industry Co-Chair of the Space Information Exchange (SPIE). 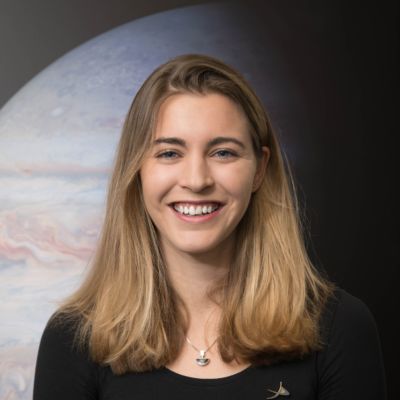 Harriet Brettle
Harriet Brettle is Head of Business Analysis at Astroscale, where she is working to develop commercial solutions to the threat of space debris. In her role, Harriet collaborates across engineering, policy, and business development divisions to develop interdisciplinary consensus for Astroscale's future strategy. Harriet also serves as Chair of the Space Generation Advisory Council (SGAC), a global non-profit that supports students and young professionals to connect to the wider space industry. Harriet has a master's in planetary science at the California Institute of Technology and previously worked in finance at the Bank of England and the Federal Reserve Bank of New York. With a background in finance and space science, she is passionate about interdisciplinary collaboration and sustainability within the space ecosystem. 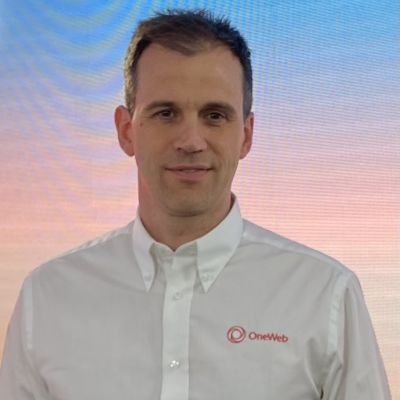 Maurizio is responsible for the development of Gen2 programme in a cross-functional role across technical & commercial. Prior to that, he was C-level executive of a PE-backed company leading strategy and operations in Europe and advisor to VCs investment strategies in technology sectors. He started his career at OHB-I, before becoming Head of Engineering Department and Head of the Telecommunication (SSTL). Former Navy Officer, Maurizio delivered more than 20 missions in orbit.